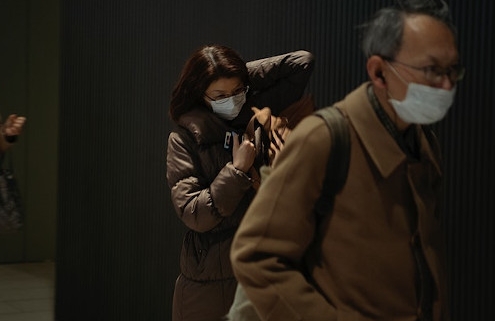 The virus COVID-19 poses serious damage to the economy. Governments around the world are ramping up their response. The Federal Reserve made an emergency cut this week to interest rates in hopes of curbing economic fallout from the coronavirus outbreak. It is the first emergency cut, and biggest one-time cut, the Fed has made since the 2008 financial crisis. The virus first emerged around Wuhan, China in late 2019 and has now infected more than 95,000 people worldwide, killing more than 3,200. Italy is currently suffering the largest outbreak outside of Asia and the numbers show no sign of slowing down. Schools are closed affecting millions of students. Public gatherings are banned, and officials are even advising people to not huge or kiss when greeting. In the United States, more than 150 people are infected, mostly in Washington State, and at least 11 people have died. California declared a state of emergency after the state’s first death from the virus. In response, the Federal Reserve cut interest rates in efforts to push people to spend money in order to boost the economy. Officials around the world are similarly trying to curb the economic fallout with stimulus packages and interest rate cuts. A question is emerging in the current low rate environment: Will lenders let mortgage rates go lower? The reasoning behind this question is the relationship to having enough staff able to keep up with the increase in volume generated by the millions eligible to take advantage of the current low rates. We can assure you, at Focus Capital, we are not only equipped to handle a large volume of loans, we exceed every customer’s expectations for outstanding personalized service. Call Focus Capital and speak with one of our trusted Loan Officers about a new loan or to refinance your existing loan at a lower rate: 1-888-758-3004 Info@focuscapitalgroups.com FocusCapitalGroups.com
March 5, 2020/1 Comment/by Jen Shelby Miller
https://www.focuscapitalgroups.com/wp-content/uploads/2020/03/coronacover.jpg 400 495 Jen Shelby Miller https://www.focuscapitalgroups.com/wp-content/uploads/2019/08/logo-header-1-300x88.png Jen Shelby Miller2020-03-05 22:15:212020-03-17 21:04:23Emergency Cut in Interest Rates
1 reply

Want to join the discussion?
Feel free to contribute!