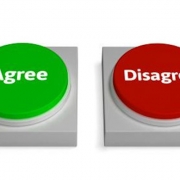 On June 6, 1978, Proposition 13 was a victory for the California taxpayer. But in every battle, there is a loser. The vote was to limit property taxes. Before Proposition 13 passed, property taxes were based on the market value of your home verse the purchase price. Many homeowners were afraid they would not be able to afford to live in their home anymore because as their home value increased, they could not afford the resulting higher property tax bill. Nearly two-thirds of California’s voters passed Proposition 13, reducing property tax rates on homes, businesses and farms by about 57%. California lost billions of dollars in tax revenue. It was the beginning of an anti-tax revolution. It forever changed the economic landscape of California. It changed how we pay for our schools, fire departments, police forces and libraries. The support for passing Proposition 13 was led by retired businessman and anti-tax crusader Howard Jarvis. Proposition 13 is now embodied in Article XIII A of the Constitution of the State of California. The proposition decreased property taxes by assessing values at their 1976 value and restricted annual increases of assessed value of real property to an inflation factor, not to exceed 2% per year. It should be noted, however, the amount of tax you owe can still rise by more than 2% if the local tax rate in your area rises. Property tax was the main source of revenue for public schools in California before Proposition 13. Today, about 20% of funding for California public schools comes from property taxes, a small fraction comes from the government, and the rest comes from the State.  40 plus years later, Proposition 13 is on the March 2020 Primary ballot creating confusion among voters. It has the same number as Proposition 13 of 1978 but has nothing to do with the constitutional amendment on property taxes. It will not, in any way, change the original Proposition 13.  Voters in March will decide whether to allow the state to borrow $15 billion for school infrastructure. Separately, in November, voters will vote on a request by state leaders to modify Proposition 13 of 1978. The partial Proposition 13 repeal called “The California Schools and Local Communities Funding Act of 2020” is to end the protections for commercial and industrial properties. This measure would allow these types of properties to be taxed at the full market rate, be reassessed every three years, offer protections for small businesses and would not affect residential properties. The initiative would raise an estimated $11.4 billion annually, with roughly half the money going to schools and community colleges. How will you vote?
February 19, 2020/2 Comments/by Jen Shelby Miller
https://www.focuscapitalgroups.com/wp-content/uploads/2020/02/agreenewest.jpg 400 495 Jen Shelby Miller https://www.focuscapitalgroups.com/wp-content/uploads/2019/08/logo-header-1-300x88.png Jen Shelby Miller2020-02-19 22:31:242020-02-21 18:56:15Your Vote Matters - Prop 13