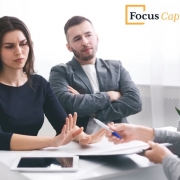 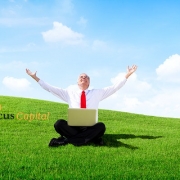 The first federal checks to families could be $3,000 for a family of four under the plan the Trump administration has proposed to Congress in response to the coronavirus pandemic. The virus relief plan is aimed at helping Americans without paychecks avoid foreclosure and other financial hardships and preventing businesses from sliding into bankruptcy. President Donald Trump has already signed into law a $100 billion-plus bill to boost testing for the coronavirus and guarantee paid sick leave for millions of workers. Congress is rushing to compile the sweeping economic rescue package, the biggest undertaking since the 2008 recession and financial crisis, in a matter of days. The payments would be $1,000 per adult and $500 per child so that a family of two parents and two children would receive $3,000, Treasury Secretary Steven Mnuchin told Fox Business Network. The goal is to get that money out in three weeks, he said. Families will receive an additional identical payment six weeks later if the national emergency still exists. Officials have previously said the money is expected to be allocated by income level, to exclude the super-wealthy. Details on Trump’s economic rescue plan are still being worked out and is expecting to cost over $1 trillion, lawmakers said. The first set of checks to the American public will start being deposited on April 6, with a second wave in mid-May. The emerging package will also aid businesses to help keep workers on payroll and is additionally expected to include medical supply relief. President Donald Trump has invoked war-time authority to ramp up output of vital medical supplies and erect temporary field hospitals under the Defense Production Act. Do you agree with this course of action to give financial relief to American families?
March 19, 2020/0 Comments/by Jen Shelby Miller
https://www.focuscapitalgroups.com/wp-content/uploads/2020/03/financialreliefCover-2.jpg 400 495 Jen Shelby Miller https://www.focuscapitalgroups.com/wp-content/uploads/2019/08/logo-header-1-300x88.png Jen Shelby Miller2020-03-19 19:11:042020-03-19 19:15:00New Virus Relief Plan is Here! 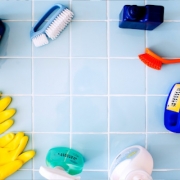 Go around your house and clean the following areas with disinfectant: Tables Desks Counter tops Nightstands Hard-Backed Chairs Stair Railings Doorknobs Light Switches Keyboards Remotes Toilets Sinks Faucet Handles Disinfect these surfaces with household cleaning spray multiple times a day and really scrub them.  Let the entire surface become visibly wet with cleaning product for at least 4 minutes, use force to physically wipe away the grime, and then let it dry on its own.   Wear disposable gloves when cleaning and disinfecting surfaces, and then discard gloves after each cleaning. From your hands to your face to countertops, soap and water kill the coronavirus. Soap removes the viral particles which is why it is highly recommended to wash your hands for at least 20 seconds at a time, many times a day. Bleach is very effective at killing the coronavirus, as well as virtually every other germ, but difficult to work with and can create damage to paint and corrode metal. There are great disinfectant sprays that contain bleach, but if you decide to use straight bleach, mix it with water and wear gloves. The CDC formula for making a diluted bleach solution is 1/3 cup of bleach in one gallon of water or 4 teaspoons of bleach in one quart of water. Here are the products NOT to use around your house to protect it from the coronavirus: Hydrogen peroxide – it is not as strong as other products Rubbing alcohol or vodka or any distilled spirits – these are only effective if you do not dilute them and they contain at least 70% alcohol Distilled white vinegar – there is no evidence it is effective against coronavirus Find the full article here on cleaning and disinfecting from the Centers for Disease Control and Prevention:   https://www.cdc.gov/coronavirus/2019-ncov/prepare/cleaning-disinfection.html
March 17, 2020/0 Comments/by Jen Shelby Miller
https://www.focuscapitalgroups.com/wp-content/uploads/2020/03/cleannew.jpg 400 495 Jen Shelby Miller https://www.focuscapitalgroups.com/wp-content/uploads/2019/08/logo-header-1-300x88.png Jen Shelby Miller2020-03-17 21:02:582020-03-17 21:02:58Protect your Home and Family from COVID-19 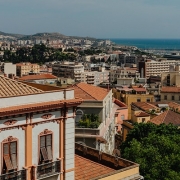 Italy has experienced the highest level of outbreak in the world of COVID-19. According to Johns Hopkins University, Italy has over 15,000 cases, and more than 1,000 people have died. As a result, Italy is, so far, the only government to introduce a plan to suspend mortgage payments and other bills for people affected by the coronavirus pandemic lockdown. Unfortunately, this is not a viable option in America. America’s mortgage market is around $11 trillion in mortgages compared with Italy’s $423 billion of outstanding home-loan debt. Additionally, most American mortgages are packaged into bonds with legal terms to determine if they can offer forbearance. An agreement to let borrowers either pay at a lower interest rate or suspend payments temporarily because of a hardship is on a very case-by-case basis. Any missed or reduced payments will still need to be paid off during the remaining years of a loan, with interest. “To meet the needs of borrowers who may be impacted by the coronavirus, last week Fannie Mae and Freddie Mac reminded mortgage servicers that hardship forbearance is an option for borrowers who are unable to make their monthly mortgage payment,” said FHFA Director Mark Calabria. “For borrowers that may be experiencing a hardship, I encourage you to reach out to your servicer.” If our team at Focus Capital can be of any assistance, please call us. We are dedicated to providing answers to your concerns and coming up with personalized solutions. We are a resource for everyone in the mortgage industry who has questions on difficult situations and on complicated loans. We understand these uncertain times create anxiety. Hopefully it is reassuring to know we are all in this together.
March 17, 2020/1 Comment/by Jen Shelby Miller
https://www.focuscapitalgroups.com/wp-content/uploads/2020/03/italycover.jpg 400 495 Jen Shelby Miller https://www.focuscapitalgroups.com/wp-content/uploads/2019/08/logo-header-1-300x88.png Jen Shelby Miller2020-03-17 17:53:432020-03-17 21:03:54Mortgage Payment Relief during Hardship 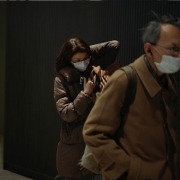 The virus COVID-19 poses serious damage to the economy. Governments around the world are ramping up their response. The Federal Reserve made an emergency cut this week to interest rates in hopes of curbing economic fallout from the coronavirus outbreak. It is the first emergency cut, and biggest one-time cut, the Fed has made since the 2008 financial crisis. The virus first emerged around Wuhan, China in late 2019 and has now infected more than 95,000 people worldwide, killing more than 3,200. Italy is currently suffering the largest outbreak outside of Asia and the numbers show no sign of slowing down. Schools are closed affecting millions of students. Public gatherings are banned, and officials are even advising people to not huge or kiss when greeting. In the United States, more than 150 people are infected, mostly in Washington State, and at least 11 people have died. California declared a state of emergency after the state’s first death from the virus. In response, the Federal Reserve cut interest rates in efforts to push people to spend money in order to boost the economy. Officials around the world are similarly trying to curb the economic fallout with stimulus packages and interest rate cuts. A question is emerging in the current low rate environment: Will lenders let mortgage rates go lower? The reasoning behind this question is the relationship to having enough staff able to keep up with the increase in volume generated by the millions eligible to take advantage of the current low rates. We can assure you, at Focus Capital, we are not only equipped to handle a large volume of loans, we exceed every customer’s expectations for outstanding personalized service. Call Focus Capital and speak with one of our trusted Loan Officers about a new loan or to refinance your existing loan at a lower rate: 1-888-758-3004 Info@focuscapitalgroups.com FocusCapitalGroups.com
March 5, 2020/1 Comment/by Jen Shelby Miller
https://www.focuscapitalgroups.com/wp-content/uploads/2020/03/coronacover.jpg 400 495 Jen Shelby Miller https://www.focuscapitalgroups.com/wp-content/uploads/2019/08/logo-header-1-300x88.png Jen Shelby Miller2020-03-05 22:15:212020-03-17 21:04:23Emergency Cut in Interest Rates